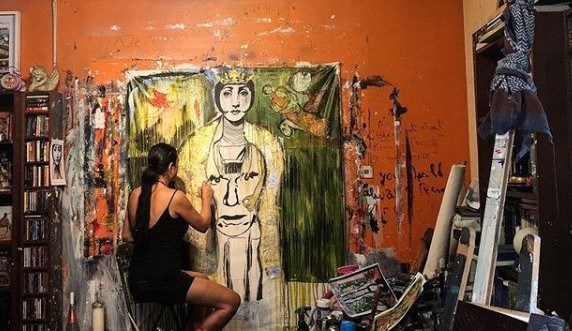 Art created in the second half of the 20th or the present 21st century is considered to be contemporary art. These works present the ever-changing world with the aim of having a global and culturally diverse community being influenced by them. The art is an amalgamation of various concepts and topics which ceaselessly provoke the human mind and its limits. Contemporary art is known for its unique trait of not following any sort of ideologies or principles. It is way of showing the vast cultural identity in the world, or even the present state of a particular community.

While contemporary art basically means the art of today, the recognition of art as being contemporary comes from another event which dates back to as far as the early 20th century. Then, it was considered to be the same as modern art, when Modernism as a movement was on the rise. Many institutions were build in the name of contemporary art with the Contemporary Art Society in London being started by Roger Fry, a critic. Soon, a number of similar institutions came into existence in numerous places across the world such as in Adelaide, Boston, etc.

Contemporary art, said earlier, follows no particular approach. It can have a diverse range of subjects, made out of any kind of substance, relating to any topic or the period. They often show us about the current state of affairs in terms of technological advancement, political scenario, globalization, and also individual identity. Contemporary art makes people think, judge and reason out their current lifestyle and culture. It makes them question their beliefs, and often makes them criticize their own actions and behaviour. Many revolutions and movements in the past decades have been quite important in the progress of contemporary art with these works reflecting the key ideologies behind these movements.

Surrealism is often a theme which is taken up by many contemporary artists. It deals with confusing and absurd imagery and visuals which stimulate the human mind. It often has an eccentric and unique way of depicting animals, humans and other objects which are quite intriguing. Surrealism is an art form which can be seen in various paintings, sculpture and other works of art. It began as a cultural movement way back in the 1920s and continues till date producing the finest pieces of art ever made. Salvador Dali, Pablo Picasso are perhaps the most famous contemporary surreal artists in the world.

Portraits are yet another form of art where humans are chosen as the subjects. It is being carried out since a long time. Portraits can be made due to variety of reasons. Kings, Queens and other royal members have been known to have their portraits made as important family records. In the modern day, contemporary portrait artists have made quite the impression such as Jenny Saville and Kehinde Wiley.

Thus, contemporary art is gaining quite the popularity in the modern day and is inspiring millions across the globe. It is thought provoking and progressive, which will soon change the way we see our world.