Surrealism is a new phenomenon that took the art scene by storm in the early 1920s. This kind of art is said to have been founded by Andre Breton, a renowned surrealism artist who thrived at the time. The aim of surrealism artists was to channel the unconscious so as to unlock their creativity and imagination. Because they were influenced by psychoanalysis, it was their belief that the rational mind suppressed the power of their expression. Surrealist artists both the past and the modern ones have one thing in common – nature is their most frequent imagery!

Let us now take an in-depth look into three surrealism artists that have left a mark in the world of art: 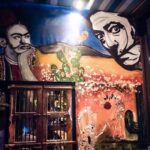 Dali is among the highly notable surreal artists and his famed for his flamboyant personality as well as his technical virtuosity. He really liked painting although he could also produce sculpture, print, fashion, advertising, fashion, and even filmmaking. He made collaborations with Luis Bunuel and Alfred Hitchcock. In 1934, Dali was expelled from the Surrealist group owing to his political reactions and views however he remains associated with the movement even today. His works were actually based on the Freudian theory where he aimed to create a formal and visual language to explain his dreams and hallucinations. Dali is actually famed for employing ready-interpreted symbolism that encompassed fetishes, animal imagery, and even religious symbols.

She is yet another famed surrealism artists that hailed from Mexico who did a unique job. Most of the work that she created described her tumultuous life experiences and feelings. In some of her works, she depicted Mexico’s history thus highlighting the various cultural ideals of the country. She is said to be a radical artist because most of the work that she did centered majorly about own self. She remains of the few modern day female modern day surreal artists who has left a big mark in the art world. Indeed she managed to thrive at a time when the society still had reservations on women. 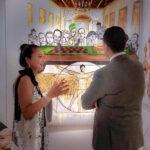 It is no secret that Suzi Nassif artworks exhibit a very strong surrealist approach. Just like Frida Kahlo, Suzi also had a tumultuous past in that she was born in country that was experiencing civil war and she had to move abroad. She was born in Lebanon at a time when there was war all over. Suzi’s surreal works of art especially gets inspiration from Salvador Dali and Frida Kahlo. When she was asked why she drew inspiration from the two artists, her response was that she fell in love with the works that they did when she was still just young. Indeed from the inspiration she got from Dali and Kahlo, Suzi has been able to produce some of the most amazing works of surrealist pieces. For many contemporary art lovers and enthusiasts Suzi remains a living inspiration to them. Yes, she remains a real female art icon of modern times that continues to create various forms of art.