Famous artists in Dubai have created a diversified range of portrait paintings that deserve infinite appreciation. One of these artists, Suzi Nassif, is accredited with crafting the best portrait paintings in Dubai. She administers one of the biggest online art galleries in Dubai.

Suzi is a well-known contemporary portrait artist. Her works are a mixture of utter complexity, sheer beauty and intense effort. Judging from the fact that she has been indulged in the world of art since childhood, her masterpieces don’t come as a surprise.

Each one of her painting carries a unique message. They carry on the concept of surrealism, while lingering on the edge of abstract expressionism. In simple words, every portrait made by Suzi tells a story- be it logical or illogical!

Of course, though, the naked eye may not be able to guess what the portrait actually holds. Some people might say that Suzi’s works support the feminist cause as a whole, while some of you might find them interesting from a humanistic point of view.

Let’s go on a journey through some of Suzi’s creations:

Her Majesty and His Ego

This portrait speaks volumes about the modern world, wherein men prevailing superiority over women and enforcing their will upon them is quite common. At such times, it’s undeniable that women tend to do a lot of things to keep men satisfied.

Taking into account how couples often quarrel, men turn out to be more egotistic than their counterparts. Thereby, it is absolutely amazing how Suzi describes a male ego by  painting  her majesty and his ego using a male chicken, i.e., a cock. 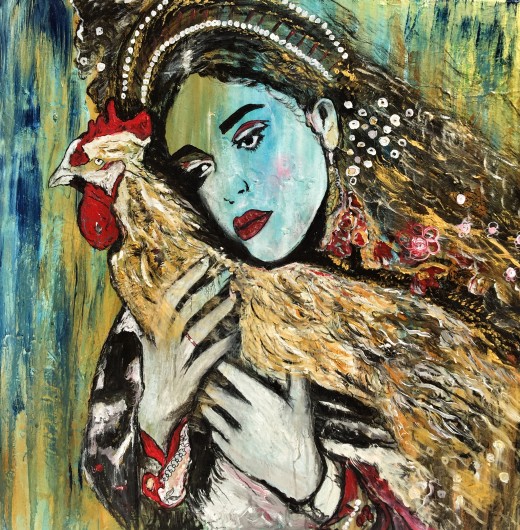 Men are very cocky. Maybe they’re feeding their ego, maybe they’re doing it to agitate their Queens. We might never unravel this mystery, but we’re well acquainted with the scenario which has been put to board by Suzi.

Yet again, one portrait is all Suzi needs to expose the mentality of most men. What is the apple of a common man’s mind ? 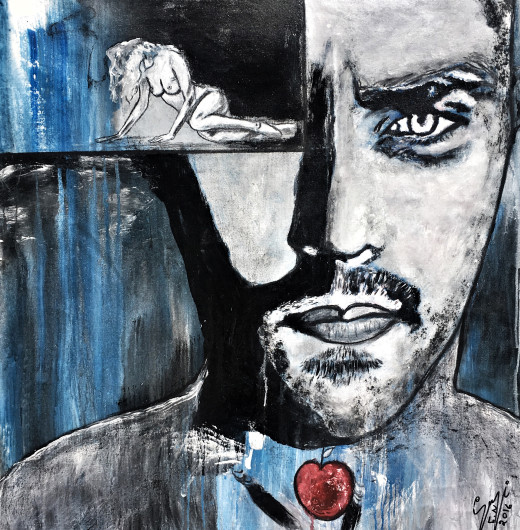 Women. Above all, a woman’s body. It’s quite unfortunate, but it’s the bitter truth. Why so, you might be asking. Oh well, there are cases observable on the internet too, such as this, but unfortunately most men do prefer body over mind.

Objectifying women and shutting them down is something very common nowadays. Kudos to Suzi for bringing light upon this fact through her artwork.

Newsflash: Women can be rebellious too! Suzy calls out to every girl in this portrait Rebel Heart. It’s quite simple, yet carries an important message. 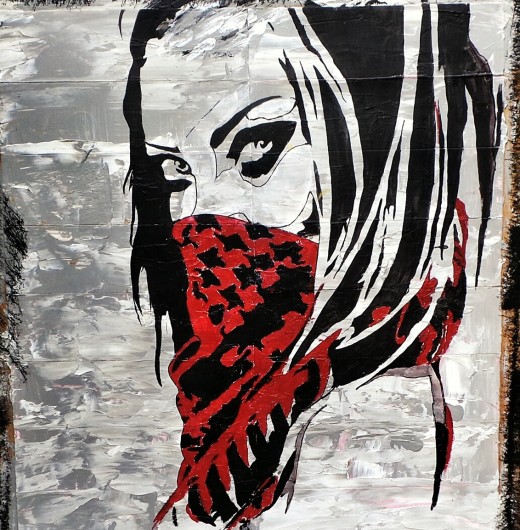 Herein we can observe how the character is looking right at us, which might be an encouragement of sort to women all around the world. It entices women to let go of the stereotypes and shun the restrictions!

Instead of falling prey to the boundaries imposed on women by society, look them right in the eye. Show them you’re not afraid, show them you can’t be tamed!