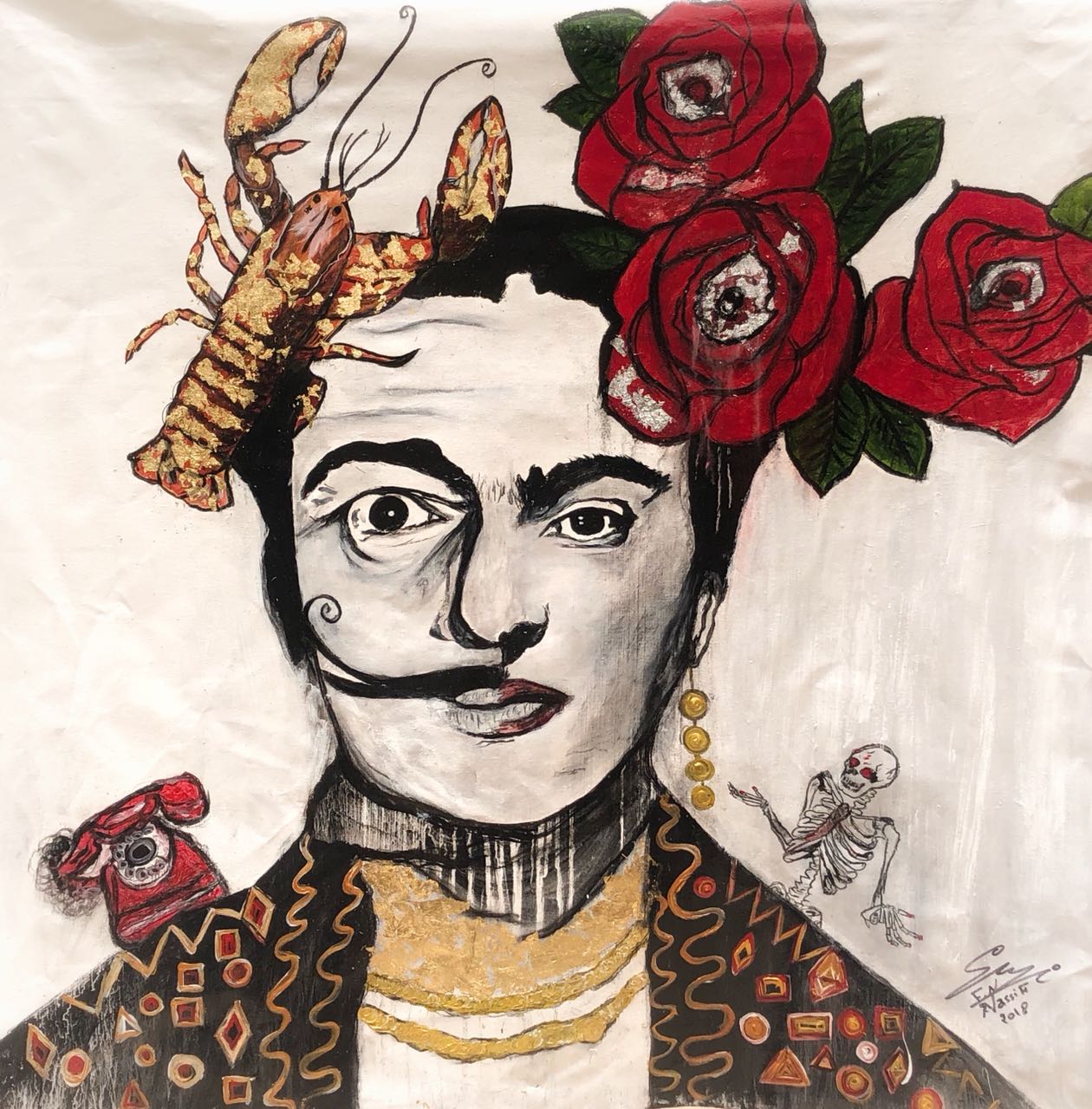 The Mexican artist was born on 6th day of July 1907, an artist of reputable style, whose art works was inspired by nature and artifacts of her country which can be seen engraved in all her painting, such as My Nurse and I (1937), Memory, the Heart (1937), Four Inhabitants of Mexico (1938), and What the Water Gave Me (1938).

Frida found joy as she brushed her impressions in acrylic painting on canvas, although it was not her first choice of career. She had always wanted to become a doctor but that dream was cut short because of an accident that occurred on the 17th day of September, 1925 after which she was bedridden for months. Most of Frida’s paintings were that of herself, her sisters and school friends, which was said to have been painted while in bed recovering from her accident; from that moment an artist of distinguishable ability emerged.

Although she never took her art skill very seriously, Frida started out as an artist a very early age, receiving drawing instructions from Fernando Fernández, her father’s friend who was a printmaker. Later, he worked for him as an engraver receiving payment for her service and her boss was very impressed with her talent and style. Through her constant travels, to Mexico and the United States, Frida was exposed to cultures of Mexicans, which became a source of inspiration to her in creating a known style of art work. Andre Breton the Surrealist leader, described Kahlo’s work as a ribbon around a bomb and in 1938 helped her to organize her first solo exhibition.

Frida Kahlo was married to another of the Mexico’s most successful artist Diego Rivera in 1932, who upon their marriage helped Frida develop more on her skills, travelling the world together as they paint along the way. Because of Frida’s amazing style of work, she became not only a renowned artist in the art history, but a celebrated icon for Chicanos. Also, Frida Kahlo was seen by feminists as an uncompromising depiction of the female experience while being recognized internationally as an emblematic of Mexican national.

Be the first to review “FRIDALISM” Cancel reply